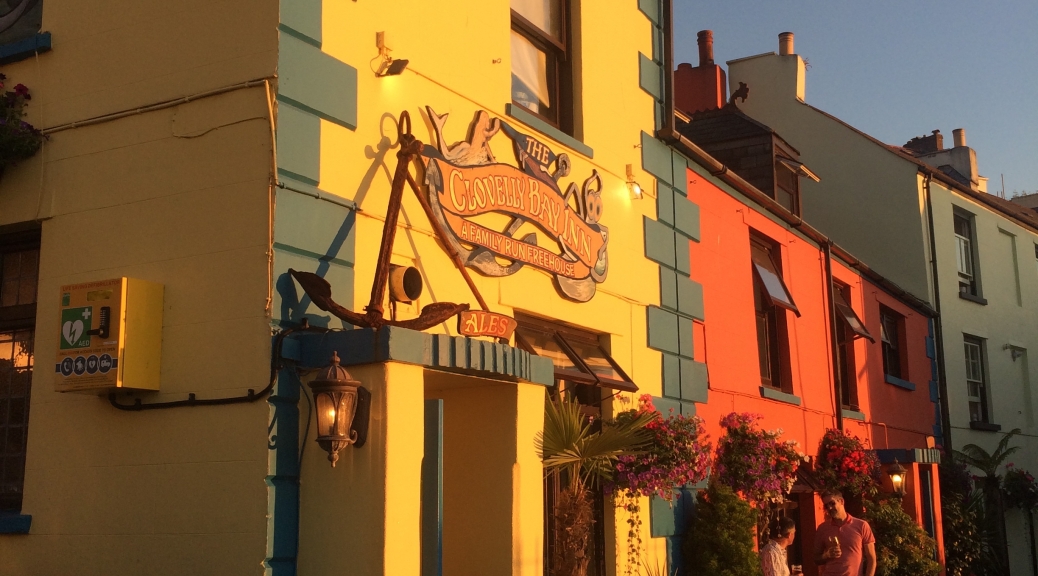 Most of our trips begin, and end, in the Clovelly Bay Inn in Turnchapel. Guiding Star’s berth in Plymouth Yacht Haven would be two minutes away if we could walk on water, or even just organise a dinghy, but it’s only 15 minutes the long way round on the South west Coast Path. The Greek lamb in pitta bread and the seafood chowder are wonderful; not slimming but richly tasty.

The South West Gaffers first Festival of Sail in Plymouth gave us a day of light wind racing in the Sound and then a day sail up the Tamar to Saltash Sailing Club for pasties.

I found the racing frustrating because I couldn’t get Guiding Star moving in the light airs. We were the biggest boat in the fleet and the start line across the restricted width of Cattewater gave us little space to put sails up, so we crossed the start with the topsail still on the deck.

Out on the Sound, several smaller boats passed us on the beat to the windward buoy, despite all I’d learned in the Falmouth Classics about not pinching in very gentle wind. We made up ground reaching and running but then I failed to spot two boats on starboard tack as they started their second lap, and had to wear round 360 degrees to avoid them. Thomas, Ian and I had a happy, hot day, though.

Local photographer Jane Bryan took some splendid photographs which reveal part of our problem; the mizzen was creased and losing power because the strop holding up the yard was a few centimetres too far aft.

At Saltash the next day, Guiding Star was too big to come alongside the Saltash Sailing Club pontoon so we anchored in the Tamar and were kindly given a lift ashore. The wind freshened from the day before, especially once we passed Devonport dockyard, so we rocketed up and down the river.