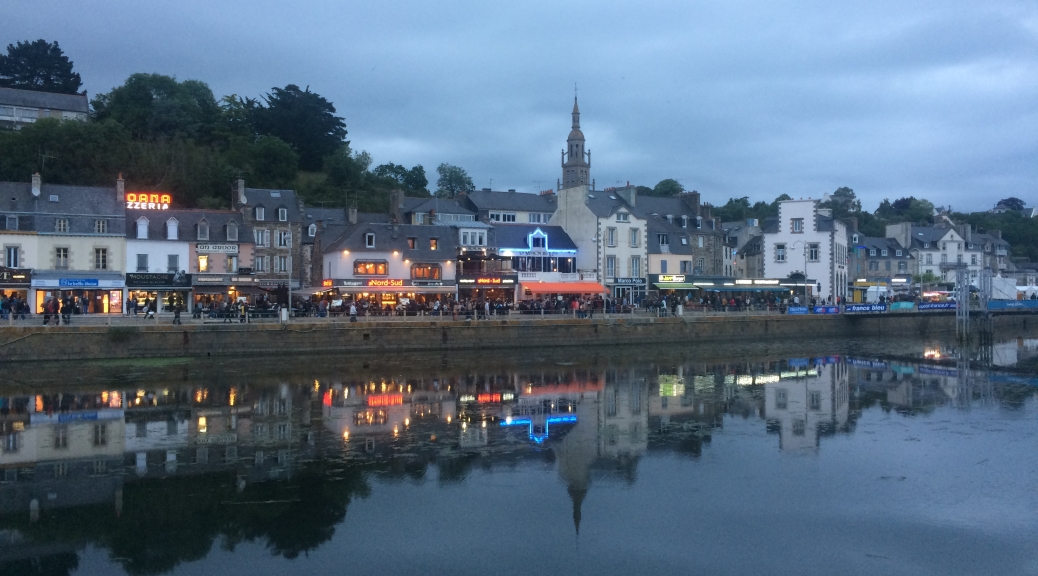 We started getting in tune early for June’s Festival of Salt Cod (La Morue en Fête) in Binic on the north coast of Brittany. The wonderful French lugger Le Grand Léjon joined the Brixham Heritage Regatta over the May bank holiday weekend and invited us on board to sing shanties and drink kir in the sunshine.

Le Grand Léjon is a replica of a nineteenth-century cargo lugger built to carry sand: below decks, she’s cavernous and although she’s only a couple of feet longer than Guiding Star, she displaces thirty tons. Etienne, in the green shirt below, is co-founder of a sea shanty group called Fortunes de Mer which has been working for fifteen years to collect and sing songs from ports all along the Channel coast. Many of the shanties are very funny, about clueless captains, drink-sozzled sailors and fishermen dreaming of hot, salty Paimpol beans (which do actually have an appellation d’origine protégée like Camembert and Stilton). 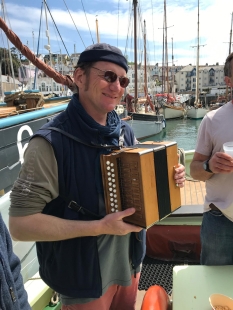 The racing in Brixham wasn’t our finest hour, since I mis-estimated how long it would take to reach the start line and arrived ten minutes late to see the two other boats in our class, Le Grand Léjon and I.R.I.S., already half-way across the bay. By the time we got back to the pontoon, the other crews were already breaking out the kir again. 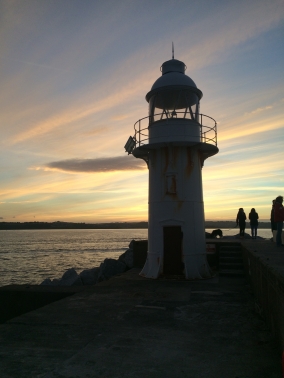 We changed crews on Monday. Sadly, Thomas had to pull out of the trip to Binic because of an infection, and Kate and Celia had to go back to work. Andy and John joined the boat.

Le Grand Léjon led us across the Channel on Tuesday morning, reaching in a cracking westerly breeze on a big swell which turned all our stomachs. We slipped the town pontoon in Brixham at dawn and anchored in the River Trieux seventeen hours later, an average of nearly six knots. Early on, Le Grand Léjon left us behind, using what Etienne later called “un petit appui de moteur” (a little help from the engine) but by late afternoon we caught them up.

I felt confident entering an unfamiliar rocky anchorage at night across a fierce tide because we were following the immensely experienced Etienne in his home waters. But just when we were about to drop the anchors, all the electrics on Le Grand Léjon failed and they had to navigate the last few hundred yards by torchlight. We were saved by Navionics on my iPhone. 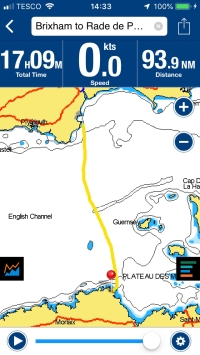 Brixham to Brittany in 17 hours

Binic, like many harbours in Brittany, is a mile from the sea at low tide. The gate to the harbour needs eight metres of tide to open so we had only half an hour for a dozen boats to funnel through the entrance and berth. Once inside, though, we had the perfect layout for a traditional boat festival: a long pontoon the length of the quayside, so that visitors could look down on the boats.

The outer harbour at high tide

Guiding Star on the pontoon

Storyboards for each boat

Crowds on the quay 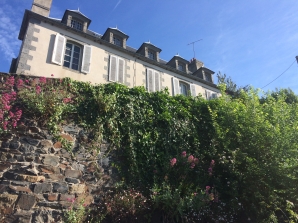 The two shores of the Channel celebrate parallel but separate histories of the sea. On the English side, people remember the Armada, Cornish smugglers, Nelson and the netting of massive shoals of pilchards and herring. On the French side, the heroes are the privateers of Saint Malo Bay who seized Spanish galleons and, later, English merchant ships, and the men who for nearly five hundred years crossed the North Atlantic to fish for cod in the fog and sub-zero cold of the Newfoundland Grand Banks.

The French call it La Grande Peche, the Great Fishery. Binic and ports along the Channel and Atlantic coasts of France lived from Newfoundland cod until the 1970s, when governments reacted to disastrous declines in fish stocks by declaring exclusive economic zones around their coasts. Britain nearly went to war with Iceland over cod; Canada shut the French out and an industry died.

The Newfoundland fishery took men away for six months of the year in brutal conditions. They crossed the Atlantic on big three-masted ships but the fishing was done by line from small boats called dories, carried stacked on deck. Two or three men would scull into the freezing fog to set lines. At the end of the day, they hauled the fish in and had to find their way back to the ship; sometimes, they never arrived. On board, the catch was gutted and salted by men and boys working long shifts, soaked in icy water and up to their elbows in fish guts and blood.

Even in the age of steel ships and diesel motors in the 1960s, the fishery was exhausting, dangerous work. At the Binic festival, retired fishermen in their seventies and eighties gave talks and a demonstration of gutting and salting. One man told how he’d fallen overboard and spent three quarters of an hour in the bitter water but had been rescued by two Portuguese fishermen. He wept when he said he’d been taken to Portugal two years ago to meet one of them who was still alive.

The Association du Grand Léjon, the non-profit group of about 120 people who maintain and sail the boat, organised the maritime side of the festival and treated us to a magnificent buffet of beignets de morue, fritters of salt cod with young nettles accompanied by potato and rutabaga mash, caremelised carrots and salad, with yet more kir before the meal and white wine during it. We sat at long tables in a community hall with shanty groups singing on a stage and everyone joining in long lines of Breton dancing after we’d eaten.

Fortunes de Mer sang Breton songs and then invited all the English crews onto the stage to join in The Leaving of Liverpool. If you have good eyesight, we’re in the bottom left of the postcard they made of the event. 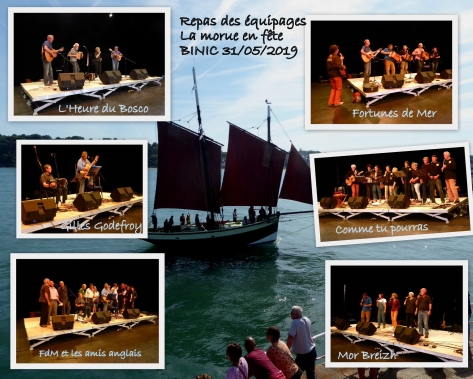 On the spur of the moment, I bought a kilo of salt cod from the gutting demonstration and carried it home across the Channel and on the train to London, mostly unrefrigerated, and found a recipe for beignets de morue. They had a great taste, the texture chewier and the flavour more intense than fresh fish. Try the recipe!

Glorious sun but no wind for the return passage 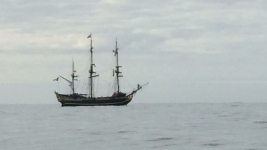